Gearboxes are an essential component of many machines because they allow gears to mesh together and transfer power from one component to another. But how do they work? Why are they so important in vehicles?

What is a Gearbox?

Gearboxes are used in a wide range of applications, from bicycles to car engines, and their design can vary greatly depending on the specific application. However, the principle of operation is always the same.

Since most people have a car, most people think of vehicles when they hear about gearboxes. Yet, gearboxes are also used in many other applications, from construction equipment to various other industrial systems. For example, this includes applications such as:

How Does a Car Gearbox Work?

A car gearbox is a type of gearbox that is specifically designed for use in automobiles. With this in mind, it is typically used to transmit power from the engine to the wheels. The gearbox is responsible for providing the correct ratio of torque and speed depending on the specific driving conditions.

As we know, first gear is typically the most powerful because it has the largest ratio of speed to torque. However, this also means that first gear is the shortest lasting because the engine will quickly reach its maximum speed. As the gears get higher, the ratios become smaller and the engine will have less power but will be able to run for a longer period of time.

When driving on a fast road, your vehicle can sit in fourth or fifth gear and the engine will be ticking over quite happily. However, if you then need to overtake someone or go up a hill, you will need to downshift to a lower gear to give the engine more power.

Gearboxes are designed so that the engine always runs within its optimal range; this means that the engine will be running at its most efficient and will produce the least amount of emissions. What if you have an automatic vehicle? Well, despite popular belief, they still have gearboxes but they work a little differently.

Automatic gearboxes use sensors to detect the speed and load of the vehicle. From here, this information is used to determine which gear the vehicle should be in. Automatic gearboxes will also often have a feature known as ‘kick down’. This is where the gearbox will automatically downshift when it detects that more power is needed – such as when overtaking another vehicle. Essentially, automatic gearboxes do everything on behalf of the driver while manual transmission vehicles require the input from the driver.

Elsewhere, you might also hear the phrase ‘worm gearbox’ being used. Worm gearboxes are a specific type of gearbox that use a worm (or screw) and wheel (or gear) to transfer rotational motion. Worm gearboxes are often used in applications where high reduction ratios are needed – such as in automotive steering systems. Worm gearboxes by Industrial and Automotive Parts will suit your every need – choose a reliable brand such as this for best results. 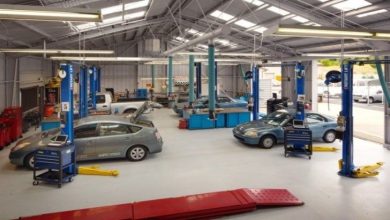 Pros and Cons of Opening an Auto Repair Shop

What Do You Hate the Most About Going to an Auto Repair Shop?