Hence, drug companies must put out new products, keep their prices competitive, and find new ways to make more money on existing medications. Unfortunately, this has led to some dangerous side effects of medications. According to the Centers for Disease Control and Prevention (CDC), around 1.3 million adverse drug effect emergency cases are reported annually.

While some medications affect only a few individuals due to different metabolisms and side effects, some can involve hundreds of customers. These cases are due to problems in manufacturing.

This article will explore six active pharmaceutical lawsuits you should know about if you or someone close to you takes any medications for chronic pain or mental health issues.

Actos is a diabetes drug marketed by Takeda Pharmaceuticals, the same company that makes Abilify and Avandia. It was approved by the U.S. Food and Drug Administration (FDA) in 1999 and controlled blood sugar levels in patients with type 2 diabetes.

However, when the research was conducted later by the FDA, it was concluded that pioglitazone, sold under Actos, was linked to bladder cancer. The FDA first raised a warning for this in 2010. However, the drug was still allowed to be sold due to the partial results of the study. Later, in 2016, the FDA announced the result of their research and warned consumers of the increased bladder cancer risk.

Actos was linked to bladder cancer, a severe risk of using the drug. In 2015, Takeda settled with the FDA for $2.4 billion after being found guilty of not disclosing this fact when they sold Actos.

In 2016, a lawsuit was filed against Johnson & Johnson alleging that the company’s popular painkiller, Tylenol caused autism in children. The lawsuit claims that acetaminophen depletes glutathione, which is vital in protecting the body from harm.

Another major claim of the lawsuit is that acetaminophen can cause liver damage and brain injury, leading to autism spectrum disorders (ASD). Soon, the number of claims started increasing, and new multidistrict litigation was formed to consolidate all the claims.

If you have faced such issues, you can seek legal support and file a Tylenol autism lawsuit. You will need evidence to prove that the mother of the child who has autism consumed Tylenol during pregnancy. The proof will establish the connection between Tylenol and autism and help you win the claim.

Find an attorney who has experience with such class action cases. An experienced attorney will know how to proceed with the Tylenol autism lawsuit and increase your chances of winning. You can ask for settlements for the loss and damages, including medical expenses, lost wages, mental stress, etc.

Talcum powder lawsuits have become increasingly common in recent years. These lawsuits are typically filed by individuals who have developed ovarian cancer after using talcum powder, alleging that the talc used in the product contained asbestos, a known carcinogen. According to the American Cancer Society, talcum powder can lead to ovarian cancer if the talc travels through the vagina and fallopian tubes and reach the ovary.

The lawsuits allege that the manufacturers of talcum powder products failed to warn consumers of the potential health risks associated with using their products. In some cases, the plaintiffs have been awarded significant damages for their suffering. For instance, after winning the lawsuit, one woman received $2.1 billion from Johnson & Johnson in claims.

In addition to the physical and emotional pain caused by cancer, plaintiffs may also be awarded money for medical expenses, lost wages, and other damages. As more people become aware of the potential risks of talcum powder, more lawsuits will likely be filed. According to data, around 40,000 lawsuits have been filed to date.

If you’re unfamiliar with the drug Nexium, it is an acid reflux drug that belongs to a class of medications called proton pump inhibitors (PPIs). The FDA approved Nexium for use in 2001.

The chemical name for Nexium is Esomeprazole Magnesium, developed by AstraZeneca Pharmaceuticals. Prilosec is another popular PPI drug used for treating heartburn, indigestion, and acid reflux. Like Nexium, Prilosec was also approved by the FDA in 2001.

In 2011, Bayer HealthCare Pharmaceuticals Inc., which manufactures both drugs and other popular medications such as Cipro antibiotic and Aleve pain reliever, filed suit against AstraZeneca Pharmaceuticals related to patent infringement claims involving their respective PPIs.

In April 2016, due to settlement agreements between both companies regarding these claims, they agreed upon receiving royalty payments from each other until 2022, when patents expire on all three products mentioned above.

In turn, this means that should you need one of these prescription drugs while they are still under patent protection, then your pharmacist will likely ask you why he/she needs additional information before filling out any scripts because there may be some sort of dispute between manufacturers about whether or not specific claims made during litigation are valid or not.

Singulair is a prescription medication used to treat asthma and seasonal allergies. It is also prescribed for patients who suffer from chronic obstructive pulmonary disease (COPD), emphysema, bronchitis, and other lung conditions.

However, some people who have taken this drug have experienced severe side effects, including stroke, heart attack, and sudden death. The manufacturer Merck & Co., Inc., was sued by an Illinois resident named Jack Calhoun in 2018 on behalf of others injured by Singulair.

In his lawsuit against the company, Mr. Calhoun claimed that he suffered injuries after taking Singulair for more than 11 years due to its side effects, including heart failure and pulmonary hypertension (PH).

The pharmaceutical industry is massive, with billions of dollars spent annually on research and development. Unfortunately, this means that sometimes people can get hurt.

Pharmaceutical lawsuits have become more common due to the increasing number of people affected by side effects associated with these drugs or products. While many cases are settled out of court, some go through a trial before a jury decides upon them. 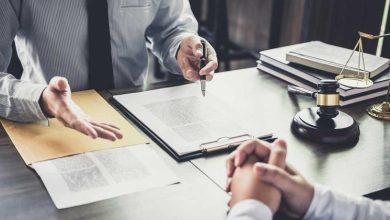 Personal injury claim errors that you should avoid – What to do while filing a lawsuit? 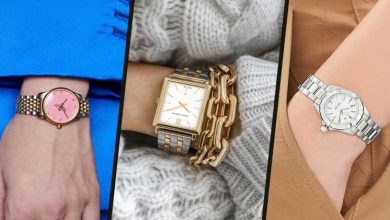 Where Can I Find the Best Women is Watches? 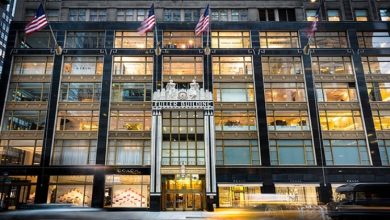 What Are the Top Law Offices in NYC? 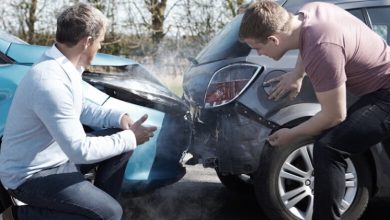 Can You Claim Compensation For An Injury Because Of Your Own Fault?